Day of the Dead in Mexico, a way to honor your loved ones.

Home Events Event Report Day of the Dead in Mexico, a way to honor your loved ones. 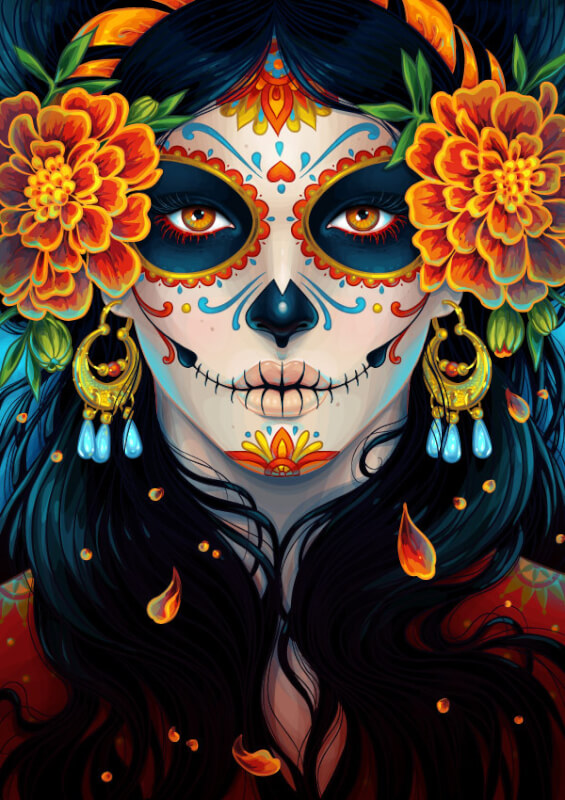 Day of the Dead in Mexico, a way to honor your loved ones. 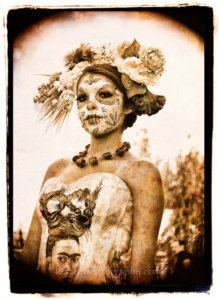 ing to the cemetery today?  Well, in Mexico every November 2nd families gather in the cemeteries to celebrate the Day of the Dead.  They clean up graves, bring lots of food and tequila and have a party!

Even though it seems strange, it is a way to remember those who have left us and to celebrate life.  It is a happy holiday with some unusual images to go with it!
Part of the tradition in Mexico is not to be scared of death, to celebrate our ancestors and smile.  The ritual of celebrating Dia de los Muertos began more than 3,000 years ago.  Spaniards learned about it when they arrived in Mexico and thought it sacrilegious, that is had to be gotten rid of.  But no matter how they tried, they could not do it.  Spaniards could capture the Aztec ruler, conquer the people, but they could not squash this holiday!
Not only did the tradition of marking Day of the Dead survive, it expanded around the country and moved to November 1-2 to coincide with All Saints day in catholic religion.  This holiday is increasingly marked in the United States, especially in Arizona and New Mexico. 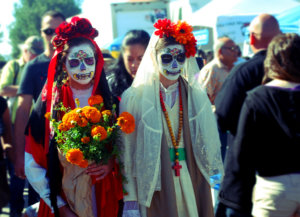 It is believed that during the holiday gates of heaven open to allow spirits to join their family members and celebrate together. Beautiful altars (ofrendas) are made in each home, they have lots of food, cocoa and flowers for the weary spirits.  Sugar skulls and skeletons complete the decorations.
Day of the Dead is a very expensive holiday for most people in Mexico.  Many spend as much as 2 months salary to honor their dead.  They believe satisfied spirits will provide protection, good luck and wisdom to their families.

Where did the tradition of sugar skulls come from?
Sugar art was brought to Mexico by the Italian friars in 17th century. Indigenous people quickly learned how to make beautiful decorations for their own holidays.  There is plenty of sugar in Mexico and it is not expensive, it was a lot easier to decorate with candy than expensive church decorations.
So people buy unusual, beautiful sugar skulls from the artisans and write the name of their loved ones on the forehead to honor them.  It is more of a cultural tradition than a religious one, a way to remember those who meant so much to us.
Perhaps even if we don’t head to the cemetery or throw a Day of the Dead party, it is still a nice reminder to share stories about our loved ones with our children on this special day.